If you’re looking for a unique way to explore India, then a Golden Triangle Tour with Udaipur might be the perfect way to do it. With its enchanting architecture, culture and history, this tour is sure to be an adventure of a lifetime. But before you embark on your journey, here are 6 essential tips that will help you plan the perfect trip!

The Golden Triangle is one of the most popular tourist circuits in India. It covers the three most visited cities in the country, namely Delhi, Agra, and Jaipur. This triangle is named so because of the triangular shape formed by these three cities on a map of India. A Golden Triangle tours India is a great way to see some of the best sights that India has to offer.

Delhi is the starting point of most Golden Triangle tours. It is a bustling metropolis that is home to many historical monuments, such as the Red Fort and Jama Masjid. There are also plenty of modern attractions in Delhi, such as the Connaught Place shopping district and the Qutab Minar complex.

Agra is home to one of the Seven Wonders of the World, the Taj Mahal. This magnificent mausoleum was built by Emperor Shah Jahan in memory of his late wife Mumtaz Mahal. Agra Fort and Fatehpur Sikri are two other notable landmarks in this city.

Jaipur, also known as the Pink City, is the capital of Rajasthan state. It is a charming city with plenty of historical monuments, such as the City Palace complex and Hawa Mahal. The Amber Fort is another must-see attraction in Jaipur. Other than its many historical landmarks, Jaipur is also a shopper’s paradise, with markets selling everything from textiles to jewelry.

Udaipur is the final destination on a Golden Triangle tour with Udaipur. This city is known for its many lakes, palaces, and temples. The Lake Palace and Jag Mandir are two of the most popular places to visit in Udaipur. There are also plenty of shopping opportunities available here, with markets selling handmade crafts and traditional Rajasthani clothing.

Udaipur is a city in the western Indian state of Rajasthan. It is located in the southeastern part of the state, near the border with Gujarat. The city is situated on the banks of the Lake Pichola, and is known for its history, culture, and architecture. Udaipur is a popular tourist destination, and is often included in golden triangle tours of India.

The best way to get to Udaipur from Delhi or Jaipur is by air. There are daily flights from both cities to Udaipur’s Dabok Airport. The flight time from Delhi is about 2 hours, and from Jaipur it is just over an hour. Another option is to take a train from either Delhi or Jaipur to Udaipur’s railway station. The journey by train takes between 9 and 10 hours from Delhi, and just under 6 hours from Jaipur. If you are driving from either city, it will take between 12 and 14 hours to reach Udaipur.

Things to Do in Udaipur

Where is the Nearest Airport to Udaipur?

The nearest airport to Udaipur is the Maharana Pratap Airport, which is located just outside the city. This airport offers both domestic and international flights, making it a convenient option for those looking to travel to Udaipur.

How Long Should I Stay in Udaipur?

The answer to this question depends on a number of factors, including your interests and how much time you have. That said, we recommend staying in Udaipur for at least 3-4 days to get a good sense of the city and its many sights and activities. Of course, you can always stay longer if you wish!

Planning a Golden Triangle Tour with Udaipur can be incredibly rewarding, whether you’re seeking to explore India’s rich culture and history or simply looking for an incredible vacation. We hope that these 6 tips have helped you get started on planning a unique tour of the famous cities in North India – Delhi, Agra and Jaipur – as well as Rajasthan’s beautiful Udaipur. With careful planning, your Golden Triangle Tours with Udaipur will be one of the most memorable trips you ever take. 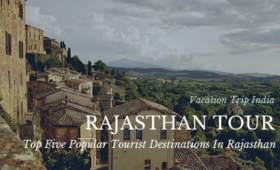 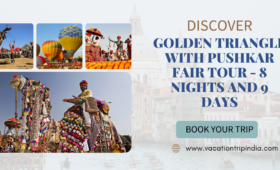