The Golden Triangle is a popular tourist destination in India that has been visited by people from all over the world. This article provides a tour guide for first-timers who are looking to explore this beautiful country and its landmarks.

What is India’s Golden Triangle?

The Golden Triangle is a popular tourist circuit in India comprising the three cities of Agra, Delhi and Jaipur. The term was coined by the British in the 1920s, when they saw the potential for tourism in this region.

The Golden Triangle is a great introduction to India for first-time visitors. It covers all the major highlights of North India and offers a good mix of history, culture and sightseeing.

The tour typically starts in Delhi, where you can explore the old city with its mosques and monuments, and experience the contrast between Old Delhi and New Delhi. From Delhi, you will travel to Agra to see the Taj Mahal – one of the Seven Wonders of the World. Finally, you will visit Jaipur, also known as the ‘Pink City’ for its colourful buildings. Jaipur is home to some of India’s best-preserved palaces and forts.

A Golden Triangle tours can be tailor-made to suit your interests and time frame. Whether you want to explore temples or take a camel safari, there is something for everyone in this magical part of India.

Why Explore the Golden Triangle?

The Golden Triangle is a great option for first-time visitors to India. It offers a taste of the country’s rich history and culture, without being too overwhelming. The three cities covered in the circuit are all well-connected, making it easy to get around.

Delhi, the capital of India, is a bustling metropolis with a rich history. Its Old City is home to some of the most iconic sights in the country, such as the Red Fort and Jama Masjid. Delhi is also a great place to sample some delicious Indian cuisine.

Agra is home to one of the Seven Wonders of the World – the Taj Mahal. This world-famous monument was built by Mughal Emperor Shah Jahan in memory of his late wife Mumtaz Mahal. Agra also has several other historical monuments worth visiting, such as the Agra Fort and Fatehpur Sikri.

Jaipur, nicknamed “The Pink City” due to its pink-colored buildings, is the capital of Rajasthan state. Jaipur is known for its beautiful architecture and vibrant culture. Some must-see attractions in  Jaipur include the Amer Fort, City Palace, and Jantar Mantar.

How to Plan Your Trip to the Golden Triangle

Assuming you’re starting in Delhi, the first step is to book your travel to and from Delhi International Airport (DEL). Many airlines offer flights to DEL, so be sure to compare rates and schedules before booking. Once you have your flights booked, the next step is to determine how you’ll get from the airport to your hotel. Taxi, Uber, and Ola are all popular options for getting around Delhi.

The Golden Triangle refers to the three most popular tourist destinations in India: Delhi, Agra, and Jaipur. This triangle shape is formed by these three cities when drawn on a map. Many tourists choose to visit all three cities as part of a single trip. The Golden Triangle is one of the most popular tourist circuits in India for both domestic and international travelers.

If you’re interested in visiting the Golden Triangle tours of India, there are a few things you should keep in mind when planning your trip. First, it’s important to note that Delhi, Agra, and Jaipur are all large cities with a lot to see and do. As such, it’s recommended that you allow at least 3-4 days for each city if you want to explore them fully. second, keep in mind that the weather in India can be quite hot and humid during the summer months (April-June), so if you’re not a fan of heat it may be best to plan your trip for another time of year. Finally, while crime rates are relatively low in all  three cities, it’s always important to take precautions when traveling to any new place. Be sure to keep your belongings close to you at all times, and avoid walking alone late at night.

Tourists Destinations in the Golden Triangle

There’s no better way to start your India adventure than with a Golden Triangle tour. This classic introduction to India covers three of the country’s most iconic destinations: Delhi, Agra, and Jaipur.

Delhi is a city of contrasts, where ancient monuments rub shoulders with bustling markets and chic restaurants. Highlights include the imposing Red Fort, the Jama Masjid mosque, and the Chandni Chowk market.

Agra is home to one of the world’s most famous landmarks: the Taj Mahal. This UNESCO World Heritage Site was built in memory of Emperor Shah Jahan’s beloved wife, Mumtaz Mahal. Don’t miss also exploring Agra Fort and Fatehpur Sikri.

Jaipur is known as the “Pink City” for its rose-hued buildings. Here you can explore majestic forts and palaces, shop for traditional handicrafts, and enjoy colorful festivals. top attractions include Amer Fort, Hawa Mahal, and City Palace.

A Golden Triangle tour is the perfect way to experience the best of India’s culture, history, and architecture. So book your tour today and get ready for an unforgettable adventure!

Budgeting for a Trip to the Golden Triangle

When budgeting for a trip to the Golden Triangle, there are a few things to keep in mind. The first is that the cost of living in India is relatively low, so your money will go further than it would in other countries. Second, accommodation and transportation costs can vary depending on the time of year and your specific needs.

Here are some general tips for budgeting your trip to the Golden Triangle:

-Accommodation: You can find affordable accommodation options throughout the Golden Triangle region. There are a number of hostels and guesthouses that offer dormitory-style rooms starting at around $5 USD per night. If you prefer more privacy or amenities, there are also private rooms available for around $10-$20 USD per night. AirBnB is also a popular option in the region, with prices starting at $25 USD per night.

-Transportation: The best way to get around the Golden Triangle is by train. A one-way ticket from Delhi to Agra (the closest city to the Taj Mahal) costs around $3 USD. From Agra, you can take a train to Jaipur (the capital of Rajasthan) for about $6 USD. Once you’re in Jaipur, you can use local buses or auto-rickshaws to get around. Prices for bus tickets and auto-rickshaw rides start at around $0.50 USD.

-Food: There are plenty of cheap and delicious eating options throughout the Golden Triangle. A meal at a local restaurant will cost around $2-$3 USD, while street food is even cheaper. If you’re on a tight budget, you can easily find meals for less than $1 USD.

-Activities: Many of the activities in the Golden Triangle are free or very inexpensive. For example, entrance to the Taj Mahal costs around $15 USD, while the Red Fort in Agra can be visited for about $5 USD. In Jaipur, you can explore the Amber Fort, City Palace, and Jantar Mantar (a UNESCO World Heritage Site) for less than $10 USD combined.

How to Reach the Golden Triangle

India’s Golden Triangle is one of the most popular tourist circuits in the country. The Golden Triangle comprises the three most visited cities in India – Delhi, Agra and Jaipur. This circuit offers tourists a glimpse into the rich cultural heritage of India.

The best way to reach the Golden Triangle is by road. The distance between Delhi and Agra is 204 km, while the distance between Agra and Jaipur is 235 km. There are many buses that ply between these cities. However, if you want to reach the Golden Triangle in style, then you can opt for a luxury train like the Palace on Wheels or the Maharaja Express.

The best time to visit the Golden Triangle is from October to March when the weather is cool and pleasant.

Tourism Tips for a Trip to the Golden Triangle

When it comes to India’s Golden Triangle tours, there are a few things that you should keep in mind as a first-time traveler. Here are some tourism tips to help you make the most of your trip to the Golden Triangle:

India’s Golden Triangle is a popular tourist circuit which connects the country’s three most iconic cities – Delhi, Agra and Jaipur. If you’re planning on making the most of your trip to India, then a tour of the Golden Triangle is a great way to see some of the best that the country has to offer. You can buy Golden Triangle Tour Packages from any travel agency in India and get the best deal. We hope that our guide has given you all the information you need to plan your own Golden Triangle tour and we wish you an incredible time in India. 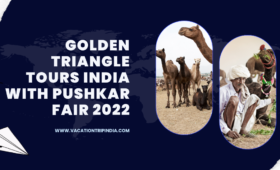 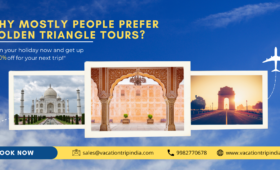