Home > Blog > Tips > What are The Different Ways of Greeting in India? 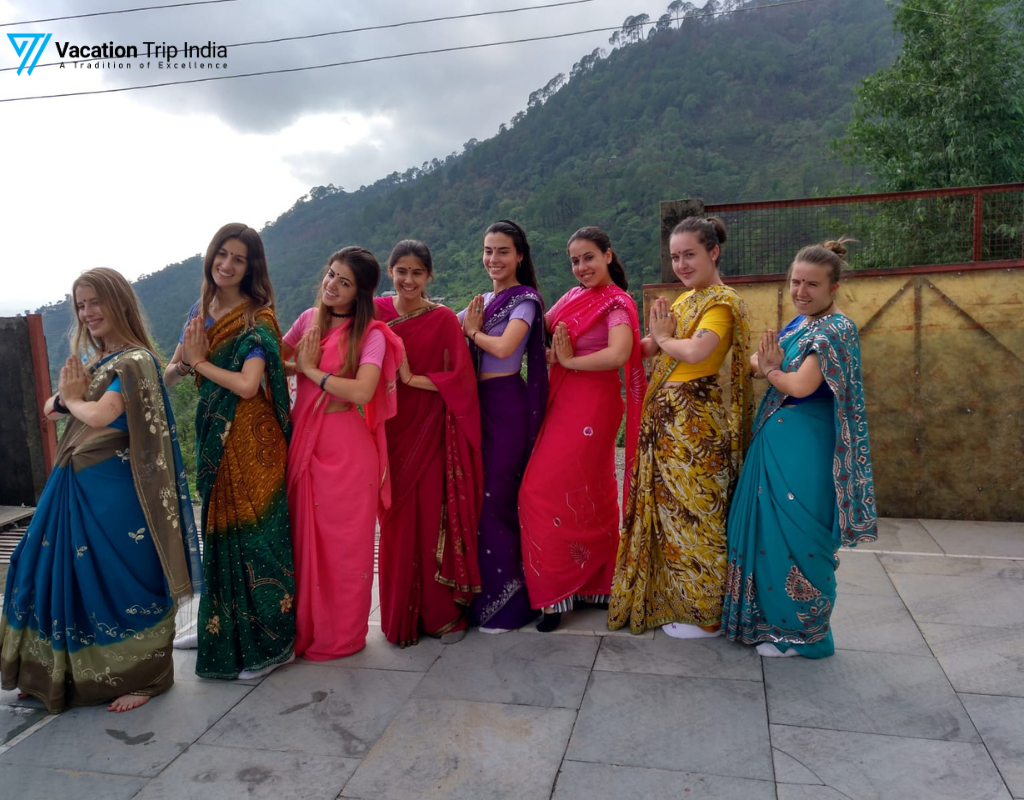 India, a land of golden birds is known for its various cultures, hospitality, religions, and other presence. Many foreigners or even Indians too book for various India vacation packages with various travel companies to explore the beautiful diversification of Indian land and cultures. The various States of India have their principles, rules, customs, traditions, and rituals to follow.

There’s also a different way of greeting people for every state. From Kashmir to Kanyakumari, Ladakh, Punjab and other states follow their style of greeting. Like if you have booked vacation trips in India to Punjab you will find Punjabi culture there and people doing “Sat Shri Kal” as a way of welcoming and greeting. And greetings are important to give respect to every age group.

It’s the very first thing which you hear while you go to airports, taxis, stations, or any other travel destination. The most common way of greeting in India is saying NAMASTE, Hello in India, but there are more ways to greet. Do you know? If not, just take a look at various other greeting gestures that are very popular in India.

20 Ways of Greeting in India

Welcoming someone in South India is done by greeting Vanakkam. This kind of greeting is usually practiced and said by Tamilians, Malayalam, and Lakhans. It is the very oldest form of greeting which various South Indians are following till now. Sometimes vanadium is also used when some person is leaving the home.

Mainly there exist 6 types of pranam which are ashtanga, sashtanga, panchanga, dandavats, namaskar, and Abhinanda. It is the old form of Hindi mythological greeting which is used to greet someone elder to us. People usually say pranam by touching their feet.

As-salam alaikum is also one of the famous greetings of the Muslim religion. They wish various people as-salam alaikum whenever they meet their peoples be It in a mosque or religious or any event gathering. It simply means, may peace be unto you. In reply to this greeting, people generally wish WaAlaikumSalam which means, and unto you peace.

This greeting is a very popular greeting to be heard in Rajasthan. It has a deep meaning inside its name. It means forgive all the grudges and start a fresh journey. Khamma refers to “Kshma or forgiveness” and Ghani as a lot. If you have booked a Vacation trip in India to Rajasthan tour, the people out there will welcome you by this gesture.

This kind of greeting is very similar to Namaskar or hello. It is mainly used in the Ladakh state of India to greet people and also used in some parts of Himachal Pradesh.

It is the most common form of gesture or greeting used by the Muslim community. It can be used by raising the hand with the palm headed upwards with the tip of the finger almost touching the forehead. It is also considered to be one of the oldest forms of greeting.

This gesture of greeting and welcoming people is most popular in Mathura, Vrindavan, Barsana and it’s surrounding areas. This gesture is being spoken by people to remember Lord Krishna’s name.

The God jhulelal is worshipped by the various peoples of the Sindhi community. They greet each other Jai Jhulelal when they meet someone or say goodbye to some people.

Various people of the Hindu religion greets each other with Jai bhole or Har har Mahadev. It’s the common greeting for the people who live in Banaras or Haridwar or surrounding areas. Har har Mahadev is being spoken by various peoples because it’s believed that if someone takes his or her last breath in Kashi, he/she will never be reborn and will be liberated by the life cycle of life and death.

Another greeting that can be heard in Rajasthan Bikaner city is Jai Jai. One can find hearing Jai Jai wherever they are. It can be hard in airports, taxis, and various common tourist places in Bikaner. When the people of Bikaner greet people and travelers with the gesture Jai Jai, the sound coming from their mouths is very sweet and mesmerizing.

Suprabhat is also followed by shubh sandhya or shubh ratri. Maybe it has been replaced by various English words like good morning and evening, but these gestures have their means.

It’s the most common greeting for the peoples living in north India like UP, Bihar, and Haryana.

Charan Vandhana is mostly used in the state of Himachal Pradesh and its neighboring cities. It generally means “Feet and prayer” like touching feet and taking their blessing upon you.

This gesture of greeting peoples in India is very common and popular amongst the Jainism religion. They greet people with Jai Jinendra when they need to bid them adieu for their journey.

The other common and traditional greeting spoken by various Himachal is Dhaal Karu. The meaning of this greeting is just the same as wishing namaste.

The most common slogan or greeting which can be heard in areas surrounded by river Ganga like Prayagraj, Rishikesh, and its surrounding areas. This slogan depicts that all the queries and problems should come to an end.

The greetings are being spelled by various Hindu devotees of Mata rani. It can be heard mostly in all cities of India.

This greeting can be heard once you visit the Punjab state of India. The Punjabi used to greet people with Sat Shri Akal when someone is coming home after a long time or has won something for themselves.

People of India can use various types of greetings to greet you. But they always respect you with all their hearts. It’s important to know all these greetings so that whenever you book India vacation packages, you may get all knowledge about the Indian culture. 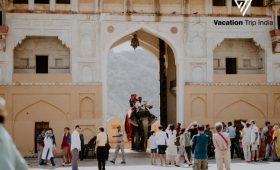 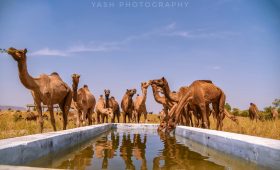 Why Pushkar is a must-add tourist spot in Rajasthan for November tours? 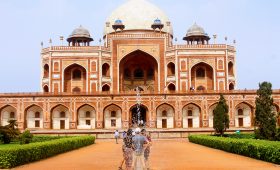